"Heavens Above" competing in Locarno

At the 74th Locarno Film Festival, the MDM-funded dark comedy "Heavens Above" by Serbian director Srdjan Dragojevic is having its world premiere via its entry in the Concorso Internazionale (International Competition).

At the Annecy International Animation Film Festival, the largest and most important film festival of its kind worldwide, Florence Mialhe’s "The Crossing" was among the winners this weekend: the MDM-funded film won a Jury Distinction (Mention du Jury).

At the 74th edition of the in Cannes International Film Festival two MDM-funded productions will have their world premiere: "Invisible Demons" by Rahul Jain, featured in the Cinema for the Climate special sidebar and "Magnetic Beats" by Vincent Cardona in the Directors’ Fortnight, a section separate from the Selection. The VR narrative experience "Biolum" by Abel Kohen has been selected for the Cannes XR section.

At the 74th edition of the Cannes International Film Festival, three films realized with funding from Mitteldeutsche Medienförderung will have their world premiere in the official Selection. In the Competition, Mia Hansen-Løve’s film "Bergman Island" competes for the Golden Palm. In the Un Certain Regard section, "Great Freedom" by Sebastian Meise is having its premiere, while "Evolution" by Kornél Mundruczó has been invited to the newly established section Cannes Premiere. 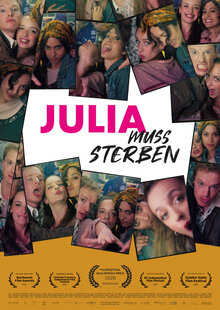 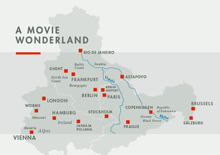